Note: This feature is only available on Production and Enterprise plans.

The balenaOS Extended Support Release (ESR) process allows fleet owners to update to a new ESR version on their devices at most twice a year to ensure they are on a supported version. New ESR versions are released on a three-month schedule, and as such, fleet owners know in advance when releases will be available and when they need to upgrade.

Each ESR release is supported for nine months from the time of release. A supported ESR version implies that high-risk security vulnerabilities and critical bug fixes will be backported to that version, and are guaranteed not to break the interface. Backports of any functional enhancements are not in scope.

Three lines of ESR versions are supported, known as next, current, and sunset. Every three months, a new ESR version is released, and each line will transition forward at that time as illustrated on the following diagram:

ESR versions are named by year and month yyyy.m and contain a patch version number starting at 0. So, 2022.1.4 would be the fifth release of the 2022.1 ESR version. Since ESR versions will only receive backports for high-risk security vulnerabilities and critical bug fixes, new releases during the lifecycle of an ESR version will only increment the patch number.

For example, an ESR version is released known as 2022.10, which becomes the next-ESR. In three months, a new ESR version, i.e., 2023.1, becomes the next-ESR line, while 2022.10 transitions to become the current-ESR. Similarly, three months after that, there is a new ESR version, and 2022.10 becomes the sunset-ESR. Three months later and nine months after release, the 2022.10 ESR version will reach its end-of-life, and no further updates will be offered, and users should update to one of the supported releases to receive future updates by performing a self-service update.

For new devices, if you are on a Production or Enterprise plan with a supported device type, when you add a new device, you will be given the option to Select OS type which defaults to balenaOS ESR. If you would like a non-ESR version, expand this dropdown and select balenaOS for the host OS type. 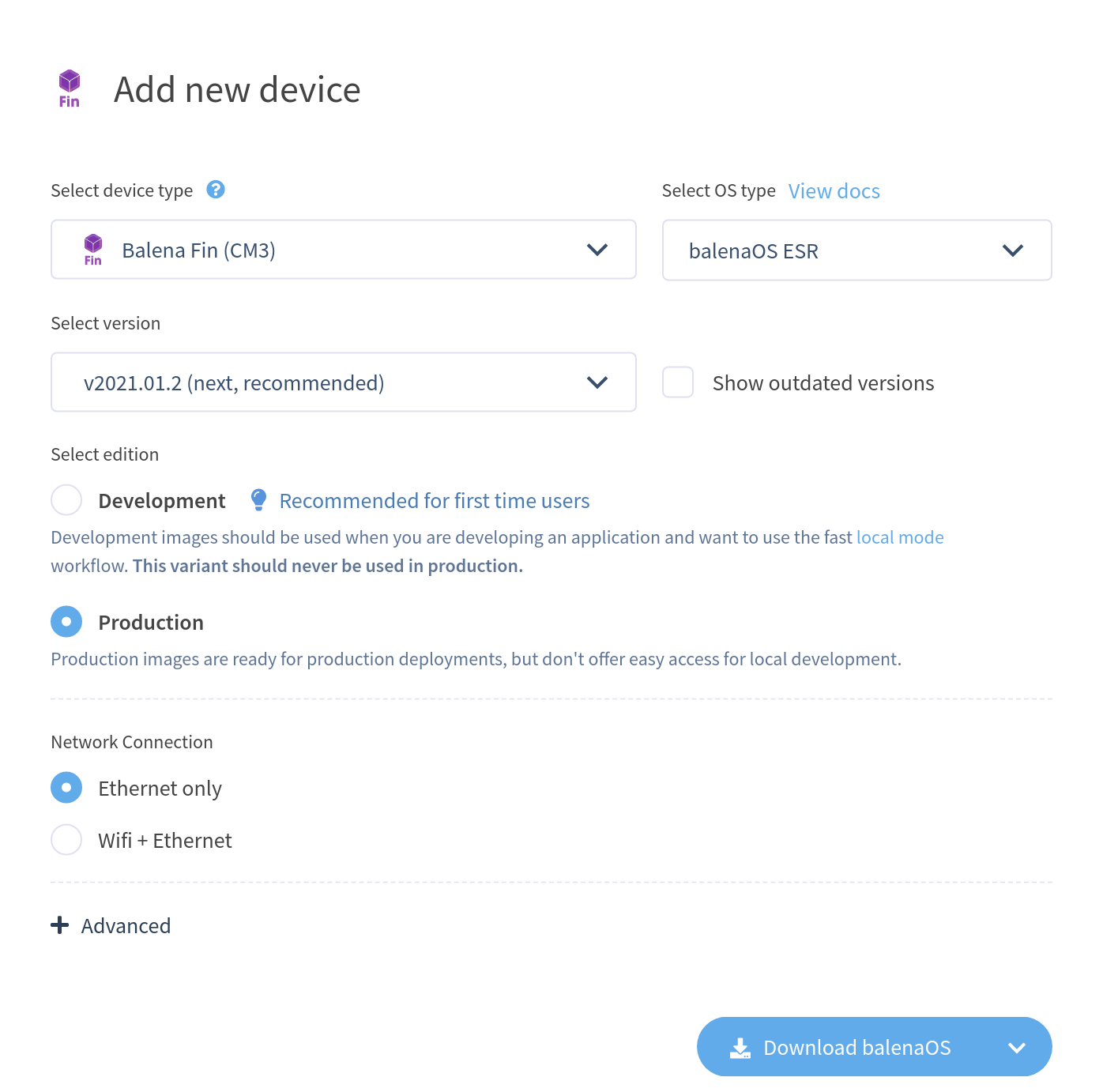 Next, select the ESR version as either next, current, or sunset if available. The next version is selected by default and offers at least six months (and up to nine months) of critical backports and fixes.

For those users on a Production or Enterprise plan with an existing supported device, you can update to an ESR version via a self-serve update. You should select the balenaOS ESR host OS type and your chosen ESR version.

Note: Once updated to an ESR version, it is not possible to update from an ESR host OS version to a non-ESR one.