Can't Login to the Dashboard

In some cases social logins can be disrupted or completely borked by Adblocker or browser extensions such as BrowserShark. Make sure to disable these extensions or whitelist the *.balena-cloud.com domains.

I get $'\r': command not found when my device tries to run scripts

Line endings differ between Windows and the Unix-y world (they used to be different again for Mac but not for many years), which can result in issues. E.g. a user seeing something like: /usr/src/app/run.sh: line 2: $'\r': command not found

To resolve this, you will need to configure git to automatically convert line endings. In order to configure this for Windows have a look here: https://help.github.com/articles/dealing-with-line-endings/#platform-windows.

If your device keeps dropping offline, it may be worth switching to a 5GHz band wifi dongle, as we have seen cases where 2.4GHz gets badly affected by surrounding noise.

Unsupported Syscall: 384 from qemu on builder

The qemu: Unsupported syscall: 384 is a warning that the getrandom(2) system call is not implemented by our emulation layer, qemu. It can be safely ignored. Since it's a fairly new system call (introduced in kernel 3.17), apt and almost all programs automatically fall back to reading from /dev/urandom when this syscall fails.

To determine the cause of this issue, check your ACT LED for known error notifications. If no known errors are shown on the ACT LED, attach a screen to your Pi's HDMI port.

If a Balena ASCII logo appears with a prompt to check your dashboard, then you are likely experiencing connectivity issues. Check ethernet cables are connected properly and that provided WiFi credentials are correct and try again, also let us known that the LED notification didn't show for you.

If you are presented with a 'recovery login' prompt this usually indicates an issue with the SD card itself or corruption of data on the SD card, and is likely caused by one of the following:-

If you are having issues with your RPI3 connecting to your wifi, make sure to check that the 2.4 GHz channel on your wifi router is set to something less than 11, since the firmware on the Raspberry Pi doesn't support channel 12 and 13.

To determine if you have hardware Rev 1.5 of the Raspberry Pi 4 Model B, follow the steps below: 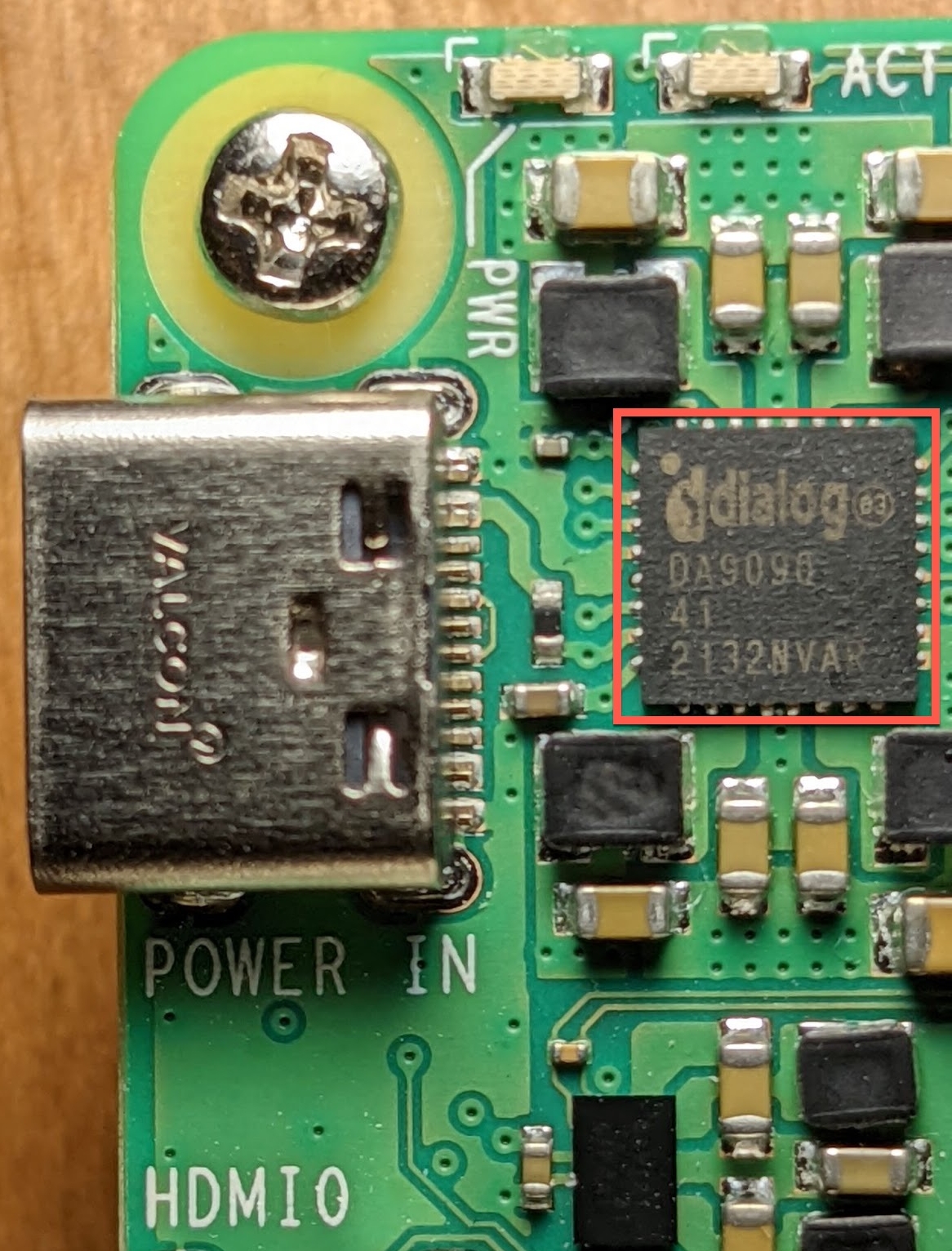 To determine if you have hardware Rev 1.1 of the CM4, follow either of the steps below: 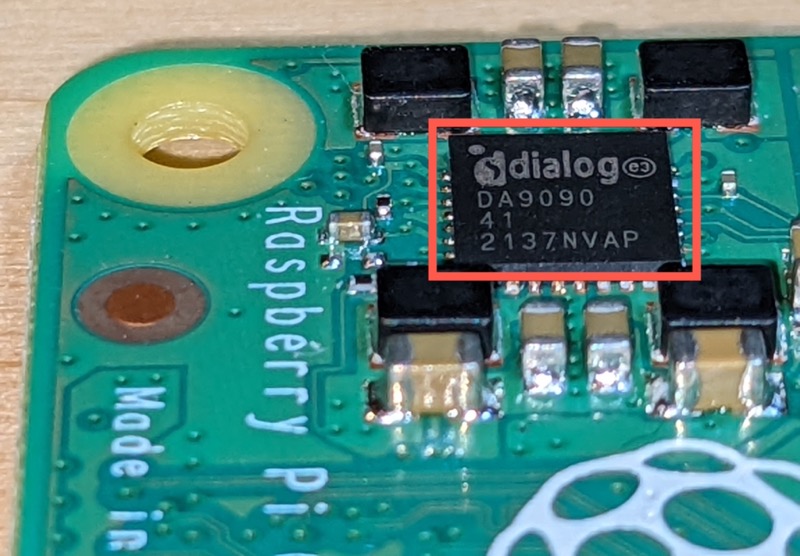 For more information about the CM4 Rev 1.1, please refer to the "CM4 Revision 5 PCN" in the Product Information Portal by Raspberry Pi.

Unable to Connect to the Internet

This is either because it is not connected to the network or because the network ports which balena relies on are blocked in some way.

If you have a screen attached to your Raspberry Pi and notice that there is a small flashing colorful square in the top right of the screen, it could be the case that your power supply or USB cable is not suitable. Take a look at the Troubleshooting Power Problems page on the Raspberry Pi wiki. Additionally, if the onboard PWR LED is flashing intermittently, this too could indicate issues with the power supply.

Unable to flash a board that was previously running L4T 28.x

With balenaOS 2.47, the Tegra Linux Driver Package (L4T) was upgraded to version 32.2 from a previous version of 28.x. Trying to flash a board that was previously running L4T 28.x with an SD card containing L4T 32.2 or newer will fail. This failure happens because L4T 32.2 and newer kernels are incompatible with the eMMC partitions from L4T 28.x, and vice-versa.

The L4T versions 28.4 and 28.5 did not follow the usual incremental release process, instead these version were released in July 2020 and July 2021 respectively, after the first iterations of L4T 32.X were released. Since balenaOS uses the OE4T/meta-tegra yocto repository and only updates to incremetal versions of L4T, balenaOS images based on 28.4 and and 28.5 which were released after L4T 32.1 are not available in the Balena cloud.

Can a balenaOS update from an older L4T 28.X based release to a newer L4T 32.X be interrupted? Can I boot back into the old OS?

Starting with L4T 32.1 the L4T partition layout has changed as well as the firmware and bootloaders stored on the raw partitions. The balenaOS update process thus needs to re-create all the L4T partitions that were modified in the newer L4T, to allow for the newer bootloaders and kernels to run. The L4T 28.x partition layout is not compatible with the L4T 32.x format and vice-versa, which means that a newer kernel cannot boot with the older partition format, nor can an older kernel boot with the new layout and contents. Therefore, the balenaOS update process should not interrupted on the Jetson family of boards, otherwise the device may not boot. Please ensure the device is powered correctly or has sufficient battery, the internet connectivity is stable and that it is not powered-off or rebooted manually during the balenaOS update.

In the case of a device that will not boot because of an interrupted update procedure, it will need to be re-flashed. This can be done by downloading the L4T Driver Package (BSP), unpacking it, putting the device in recovery mode and executing sudo ./flash.sh jetson-tx2 mmcblk0p1. Once the L4T partitions are finished writing, the device can be booted using the appropriate balenaOS flasher SD-CARD image for the targeted L4T version.

Starting with L4T 32.5, all bootloaders and firmware on the Jetson Nano family of boards have been moved from the sd-card/eMMC to the device's QSPI flash memory. L4T 32.5 and newer bootloaders are not compatible with previous L4T releases.

If you purchased a Jetson Nano SD-CARD Devkit or a Jetson Nano 2GB Devkit that won't boot balenaOS but boots the L4T Ubuntu image, or if you used an L4T 32.5 or newer Ubuntu image with your Jetson Nano and wish to run balenaOS, you can use Jetson Flash to write the balenaOS cloud image on your device. This step is needed only once, for the initial QSPI flashing process, and only if the device does not boot the cloud image directly. You can further switch to newer L4T versions by performing balenaOS updates from the dashboard. You can always see what L4T version the device runs by issuing uname -a.

How can I determine which L4T a balenaOS image uses?

If the device is running, typing uname -a will show the L4T in the kernel version string. Additionally, the L4T version is visible in the balena-jetson github repository for every release tag.

Loading of custom device trees (DT) in balenaOS is supported only by the Jetson Nano and Jetson TX2 family of devices, which have u-boot support. The complete list of devices supporting custom DT and how to apply them is available in the hardware section.